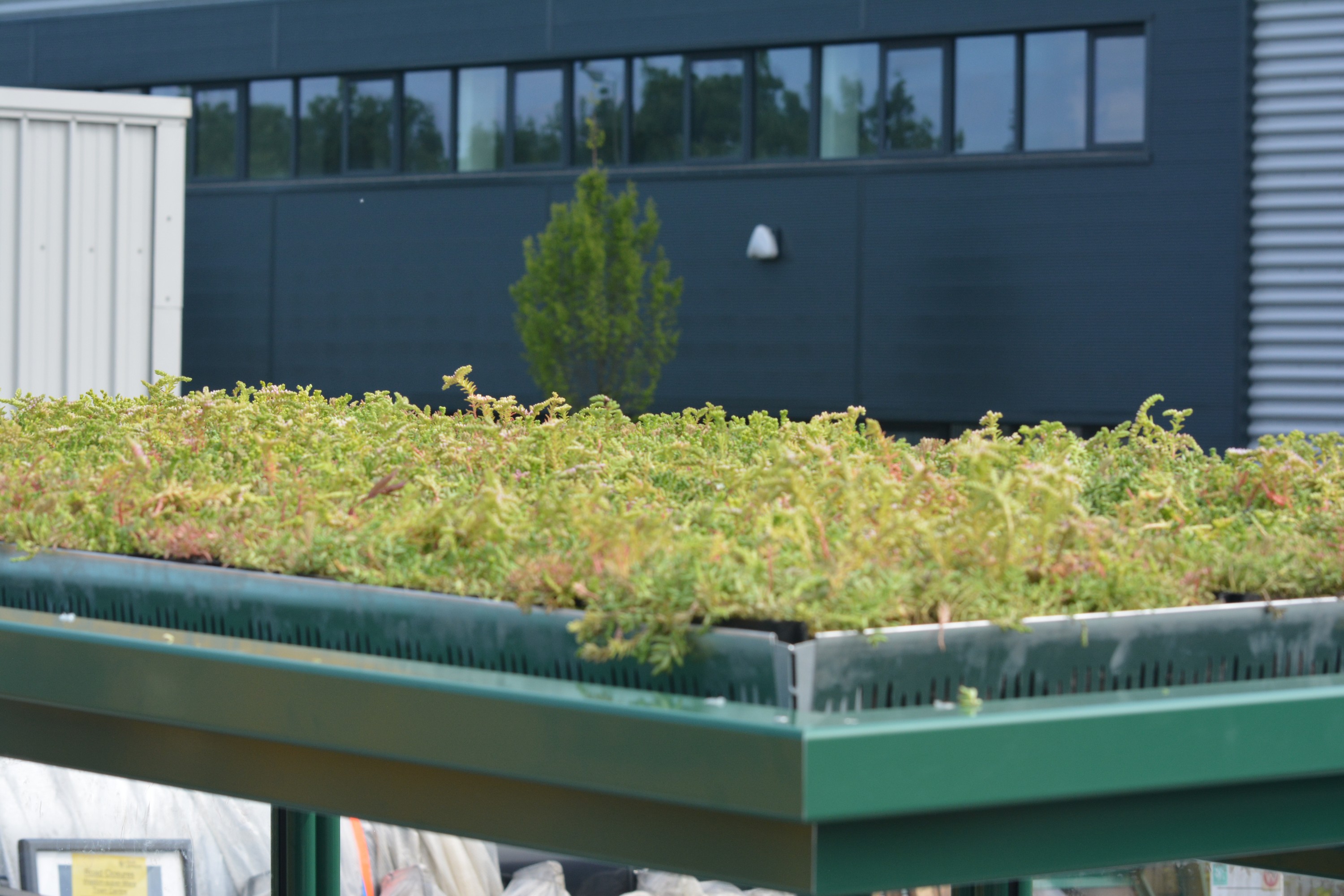 Urbanisation is a significant cause of something called the "Urban Heat Island" effect (UHI). Narrower spaces reduce the wind speed and, as such, reduce the cooling effect of the wind whilst taller structures and the use of "grey materials" (i.e. concrete) means that there is increased surface reflection and a greater absorption of heat radiation. As well as this, towns and cities are highly efficient at draining rainwater away underground. There is little water left in the environment to cool the air as it evaporates off. Evaporation is a key factor in cooling the surface of the earth.

As such, the themal energy in towns and cities lingers longer at night and air quality decreases. All of this affects our health and has been shown to have negative economic impact.

UK Councils are increasingly understanding the value of their bus shelters as 'real estate' that provides an opportunity to impact the towns we live in. At Externiture, we have been getting more inquiries for 'sedum' bus shelters. A green sedum roof on a bus shelter brings several advantages for the environment:

The sedum cassettes on the bus stops are filled with substrate so that the roof stores water and reduces the speed of rainwater run-off. As the water drains through all the layers, its flow is slowed and some of the water will also evaporate. Introducing green roofs to bus shelters, reduces the peak flow of water into the underground pipework and retains water in the atmosphere.

In towns in the UK, air quality is often poor. Many UK towns are currently under "watch" for their above acceptable pollution metrics. This is mainly due to the level of emissions from transport. In addition, the building density restricts the quality, speed and volume of air flow. The relatively low ratio of greenary in cities is not enough to compensate and clean the air. It is amazing how much space and surface area is provided by bus shelters. So, with sedum bus shelters, a greener environment can help towards purifying polluted air by capturing particulate matter and absorbing gaseous contaminants. Every little helps and the sedum roofs on bus shelters filter the fine dust from the air - contributing to better city air quality.

Sedum bus shelters are very visible. And look great. This means that they are an exceelent way to remind people of the importance of greenery and our environmental responsibility. In this way, local authorities can be seen to be proactive in improving their neighbourhoods and will raise awareness of the eco-benefits of these green roofs.

Ironically, scientists compared the progress of bee colonies in urban, village and rural environments and found numbers are roughly three times healthier in built-up areas than in the country.The researchers at Holloway University believe predators, agricultural pesticides and a reduction of food in rural areas mean city gardens and other green spaces have now become safer and more nutritious for bees than their traditional habitats. So, it's important we do everything possible to help our pollinating friends. Hence why we have called our sedum bus shelther "The City Haven".